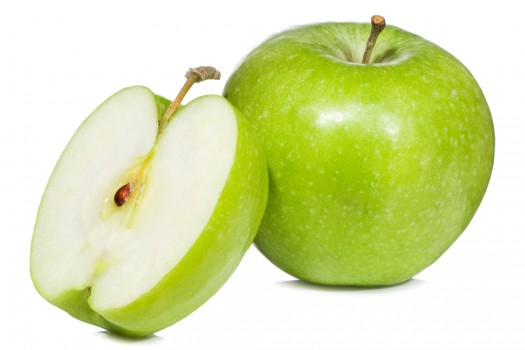 [This review is taken from ALL TOLD, an early incarnation of SHARKPACK. It was originally published in October, 2010. —Ed.]

If you haven’t chanced upon the really lovely chapbooks the folks at New Michigan Press/DIAGRAM are putting out, take a look. Having recently ordered several pieces, including Stephanie Anderson’s winning volume from 2010, I can say from experience that these read and feel like small books meant to be small books, not stapled workshop collections. And since the chapbook is such an anti-commercial format for poetry, separate from the nepotism that dominates big publishing houses, NMP is doing a tremendous service turning out—and keeping in print—the work of her poets. Much love from ALL TOLD to editor Ander Monson and his staff.

One of the plaudits Monson extends to Anderson’s In the Particular Particular is that the book “is gloriously in love with language,” and, largely, he’s right-on. The narrative arc Anderson provides—one of multiple, mostly unnamed, semi-omniscient speakers inhabiting and acting upon a rural landscape—is a pointed example of achieved, intelligent diction that does not shy from specificity. Wine doesn’t come from grapes in this world, but ‘malmsey’ from ‘muscatel’; neither are there simple poisons like arsenic, but the lovely and apt-sounding ‘hellebore.’

Anderson’s vocabulary and ear immediately separate her from most contemporary poets bearing full-length books, and the density of much of the work in In the Particular Particular is probably why—this is not leisurely verse, digested at first read and smirked at for its coyness; this is not the work of Matthew Dickman and the enduring Teen BoP! idiot craze in poetics. For much of my trip through the chapbook, I was kept lively by the quick-turning (most of the sentences are high-level stacatto) Anderson and her satisfying terminologies.

The problem with this volume is that—to risk the axiomatic—its reach does not exceed its grasp; into a second read, the vocabulary that appeared such a boon begins to take on the look of armature.

Miss Dora, How are These for Apples?

Send me back to common school.
My cup is near-brim; from the tucks

I hear you petticoated ones throwing
fits. I can’t preserve and never bleach.

Even worse: watts or volts, gulch or gully.
Every year the breach waxes. It’s no

It’s my turn for callus. Tussle and muster
me to ore—my knuckles too glib and my speech

Much in this piece is to be admired, I think. It’s pitched on a dime; if the time is really approaching for her speaker’s ‘turn for callus,’ I’d be quite interested to see how the tussling will take place, given what must be ‘took,’ so to speak, in the annual waxing of the ‘breach[es]’ she alludes to. Again, I find satisfaction in Anderson’s construction; I shudder to think how this subject would be handled by theNew Yorker’s current rhymster-of-the-week, all ‘cuts torn open by the hot summer sun every August,’ with something like ‘little brats bitching in the wings.’ The fact is, however, that the voice maintains a coolness—partially the result of its high tone—that stops me from really caring about the whole matter. In this case, the vocabulary creates an unreal characterization that reduces me to the level of pure wordplay, not imaginative association. I constantly return, for example, to ‘Tussle and muster/me to ore’ because the action and the destination seem incongruous—ore is the basis, the extraction point, so I’m stymied at how the speaker must both be broken down (‘tussled,’ I suppose) to this ore or built-up (‘muster[ed]’) to it, in terms of her current status. If the speaker is to be tussled back to origins, then ‘tussle’ seems a little light for returns; if she’s to be mustered to it, she’d have to be in a kind of zygotic state.

I myself am somewhat critical of the micromanaging read I’m performing here, but that’s just the point: because the poem is built on a largely rigid, word-heavy skeleton, its currency seems to be syntagms before accumulated meaning. The list of what the speaker faces at the poem’s close (‘lady, specter, plain list/of blue squash, task and drive’) is so abstract and grey (and lacks consistency in use of the serial comma) that my pique has become a simple interest in turning the page.

In the Particular Particular becomes weakest when it revels in what it seems to most enjoy: unexplained, short-cut, list-style sentences without any kind of important narrative, or narratives that feels like list backdrops. ‘The boy leaves/his jacket backshore./The river is icy—reddish/mood, shed as bench mark.’ Or: ‘The fumitory purgeth./And foolish/urbanity, magicians (how they cause//how they cure); crocodiles are often jealous.’

Thus my biggest potential concern: In the Particular Particular  is word wizardry alone. I invite you to pick up the book and consider what other reason Anderson has for unlovely contextual choices like ‘bungee cord’ and ‘bulldozer,’ or her silly (damaging, I think) interest in homophonic play late in the text—‘[s]he’s grown years while you listened to the currants rip and rush’ [emphasis mine]; or, in “The Other Polaroids”: ‘a splinter here, a splinter bare [q.v.]. For, after all, it isn’t enough for a poet to be ‘in love with language,’ as Monson says; a poet must be after meaning, too, and be dedicated to getting at meaning through the medium of language. Otherwise, it’s just a long life before getting one’s own line of greeting cards.

I left In the Particular Particular feeling more sure than ever that an artist must have this basis in the numinous for work to push on. That pith may be in these pages, beyond my ability to ken; it may be below the chill blocks of the poems. As one who clearly enjoys Stephanie Anderson’s music and her working mastery of language, I’ll only say that the knot ‘preventing fray’ in the book’s final piece may need a bit of good trauma. A little jarring.

2 thoughts on “Stephanie Anderson’s In the Particular Particular”