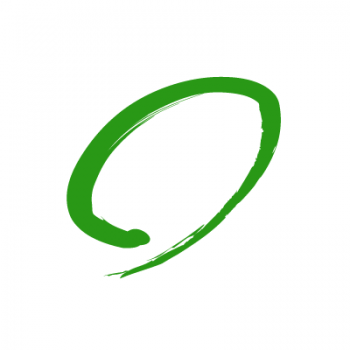 Ah, Poetry Magazine. You’ve not had a good run of it recently. Like the New England Review and Kenyon Review before you, your establishment, not your content, is becoming your primary recommender. I’ve struggled mightily against (and sometimes outright attacked) your breezy, ‘well-rounded’ selections over the past six months—partly because you’ve been a great friend, but also because your clout demands more vigilant attendance to the duties of poetic art—or, at least, to question the nature of those duties through vigorous curatorship. What you’re about, instead, seems to be the right side of aesthetic politicking and keeping limbs above water.

Barbara Jane Reyes’ “To Love as Aswang” is representative pewter. Let’s be clear: this Philippine ghoul, the aswang—the simile of its love about which Reyes’ poem rotates—is treated in the rudest possible way. One learns aswang lives its life as both villager and vampire? Insert a columnar caesura. One hopes to illustrate the tension (I use this word very lightly) inherent in such a dual life? Insert passé posture of the feminine turn from domesticity to feral viciousness. One wants a word or two about doppelgänger victims made, then, from plants? Refer to the caesura. Insert the ol’ wither/water dyad. Lines like ‘The Filipina is the total package’ or ‘Much more than meets the eye’ are inexcusable cliché, operating against both the probing thought and probing expression demanded by art in general. I’ve given every earnest attempt to read the poem horizontally and vertically, to attend to italics, scan for metric patterns, and find, after all, what the language initially made clear: this is not good work. It is no less influenced by pop culture vulgarity—no less trite and self-involved—than James Franco’s “Directing Herbert White.” To write as aswang might’ve been a better goal for Reyes; in that, at least, her horizons might’ve shuddered. A rejection from the magazine would likely have followed.

So? There was a time where I myself submitted to Poetry five times a year, despite the serial rejections; obviously, I respected the work they were publishing enough to want to be in ranks. As I gave off sending verse to NER or Kenyon or the New Yorker or Threepenny after doing some regular reading of their content (I lacked the character to balk at literary ‘name games’ straightaway, and submitted because it seemed a career imperative), so I recently realized that Poetry—whatever their moment among perennial ‘fans’ of verse—isn’t currently publishing poems I think are important. But for being a mannequin bobbing to clout alone, why ought I send lines along? That some of the magazines I’ve mentioned have a submission queue at all has mostly to do with writerly interest in résumé-padding.

Like thumbs in winter, those poems we keep in pockets summon up their own warmth, and may boil, seclusion notwithstanding; that’s darling, I’ll grant, but the alternative is artistic mendacity.

One thought on “Clout, Poetry Magazine, and Barbara Jane Reyes’ “To Love as Aswang””