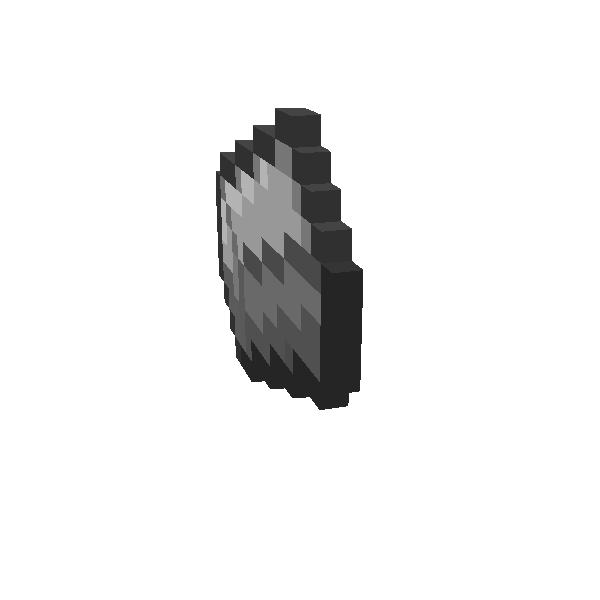 Regarding the moon and its preponderance in lyric poetry, Mary Ruefle theorizes, ‘there is a greater contrast between the moon and the night sky than there is between the sun and the daytime sky. And this contrast is more conductive to sorrow, which always separates or isolates itself, than it is to happiness, which always joins or blends.’ Two things jump out at me having revisited Ruefle’s essay “On Poetry and the Moon” after reading Sandra Lim’s enchanting “A Tab or Iron on the Tongue”: the idea of contrast in light of the startling turn the final stanza takes, and the word ‘conductive,’ which seems to crystallize perfectly a notion of how the poem conducts itself, so to speak, how it feels self-charged with the longing inherent to any speaker-moon lyric poem and a desire to transcend convention toward something unique, off-kilter, and much more alive.

While I love Ruefle’s essay, Lim’s poem seems to explore the concept of contrast from an angle that presents readers with language’s ability to contain multiple versions of itself within itself, collapsing the word we see and its implications. Contrast becomes, then, a kind of self-swiveling chair in which the mind of the reader can sit. The pronoun it in the fourth line exemplifies this. It becomes the location of the swiveling, the conduit for the energy that characterizes Lim’s version of contrast; the ‘it’s’ of ‘you imagine [the moon] will express / what your life cannot otherwise express, / that it’s a figure of speech’ dislodges from clearly referencing to either ‘your life’ or ‘the moon.’ ‘It’s’ references both, and, in the process, illuminates the swiveling nature of language, how we bring to language (a form, a symbol) an underlying sense of what cannot be figured (the inexpressibility of one’s life) similar to the speaker-moon scenario that we’ve worn down to the nub.

I love this ‘it’s’ and I love how Lim pushes forward into depicting the self as a conduit that doesn’t know its own capacities until those capacities are being performed. ‘This really means watching yourself,’ she writes with a sense of disbelief that is sincere and charming, ‘turn something unknown into / something manageable.’ Next, ‘figures of speech’ are explored. A bed can either be ‘a raft or an island’ based on how it is figured by speech, figured by the animus that passes through language, altering it in a similar way, perhaps, to the moon being altered by the sunlight it is reflecting (c.f. translating). Speaking ‘November’ beckons ‘the death working itself out in you’ through the body’s circuits; indeed, the very word and its associations to the end of the year seem to summon aging and its ‘season by season’ march.

I don’t think I can delay any longer a reflection on the final stanza, which emerges from the previous stanza like the moon Lim describes as momentarily ‘[disappearing] behind a cloud, filled with its own shining intentions, [. . .] an important translation.’ Similarly, when the poem emerges from behind the cloud of the previous stanza, it is changed. It has undergone the translation of which she speaks. The poem itself is using the quote from Schoenberg—“When Schoenberg pointed out / the eraser on his pencil, he said, ‘This end / is more important than the other’”—as the moon, as that which can express ‘what your life cannot otherwise express.’ Not coincidentally, Lim uses the apt phrase ‘pointed out’ as a sly indication that the pencil (and its point) has, in this context, become another figure of speech.

In addition to the drastic shift in course from previous stanzas and the pleasure that this elicits, I love the last stanza simply because I see the eraser as a tiny moon orbiting an intimate space (rather than the outdoor space implied by the first stanza). And because of the world the poem has created up to this point, I see this eraser hovering over the page at a similar distance as the moon hovers over us, our intentions, longing to say something for which we can’t find words. But then the eraser wags across the page’s surface and swallows the script. It takes the attempt to express into its absent embrace, quieting the mind of the page.

Poet & Editor. Author of 'Contrapuntal' (Parlor Press, 2013). PhD from the University of Denver.

View all posts by Christopher Kondrich →