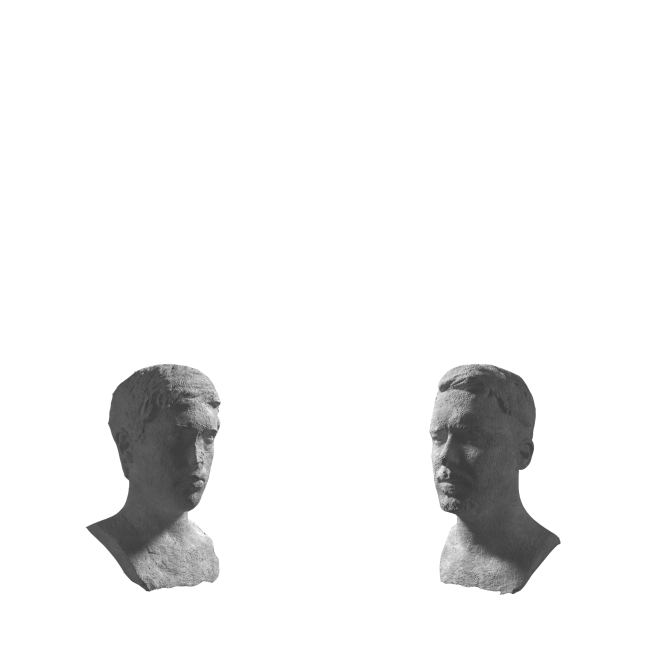 Few things embolden the iconoclast like punditry’s insistence on singing mediocrity. Like recent books by Louise Glück (whose Faithful and Virtuous Night won the National Book Award in 2014) and Gregory Pardlo (whose Digest won the Pulitzer Prize in 2015), Henri Cole’s Nothing to Declare is recommended by all the Establishment’s proper nodders, but does not contain vital, fought poems. Tidy poems, sure; pat little boxes of words, yes; poems to wrap a hearty ‘Hmmmmph’ around; but never poems fit to meet—or be—the Gorgon.

In Paul Valéry’s writings we find the following:

Poetry’s special aim and own true sphere is the expression of what cannot be expressed in the finite functions of words.

This is no simple directive from Valéry, true; but we can distill from it a call for something—most basically, linguistic and conceptual ambition—that Nothing to Declare utterly lacks. In “The Bee”:

Maybe this bee
is stupidly in love
with me.
Or the buzzing
is inside

my head
and will become,
over time,
a friend—
a new kind

that doesn’t go away,
even after lots of sex—

In “Lincoln at the State House”: ‘The war / had ended, but people only realized / what he meant to them / after he was dead’; in “Extraordinary Geraniums”: ‘[. . .] they mix glamour with the gutter, like Paris or Rome’; in “Self-Portrait with Rifle”: ‘Perhaps it is better to be feared than loved.’

Even as she reclines into their folds, a frank reader will admit that the balms of cliché, recycled language, and casual Mom-tone feel a betrayal of the poetic mission; what can have caused Cole, the author of eight books, to leave off this proviso? A frank reader will recognize, further, that some of Cole’s moves are even more enfeebled than simple retirement into said balms, and in poems like “The Rock”—

A sense that all’s right with the world prevails there—
and some kind of rock language,
with crude dents pressing my flesh,
and little fishes kissing my submerged feet

sentences wax nothing short of precious. Sentences . . . now’s the time to assert, I suppose, the relative impossibility of finding a shorter-feeling 68-page book than Cole’s, where four-page poems contain less worthy rumination than a common limerick.

Why? Nothing to Declare trucks almost exclusively in ‘the finite function of words.’ And yet, Why?

Is this the curse of Establishment’s pekid laurel? A poet honestly writing and dedicating an exercise-poem like “Sphere” to Harold Bloom and having that exercise-poem published by The New Yorker? Woe, woe.

The first of two further critical points: note the ham-handedness of certain of Cole’s metaphors, especially when attempting to deal with volume. In “Mother and Child” (a poem that succeeds in undoing the readerly confidence earned by his “City Horse”), for example: ‘Her teats were fat as ticks’—and, later, in “The Constant Leaf”: ‘I can stay in one place, / detoxifying experience like a kidney.’ These are truly signal failures of poetic estimation, imagining, in the first case, that the full-body bloating of a sated tick can be equated to the piece-specific swelling of a animal with child; in the second case, that the kidney, an organ designed to purify the body’s microcosm, is aptly compared to a human in the process of experiencing—what—life’s trials? Woe to this beggarly license; because Nothing to Declare houses so little original thinking and phrasing, moments of such maladroitness beat with the most offensive, sickly pink.

Forgive the assumption, but might Henri Cole need an editor that doesn’t double as a blurb-writer or in-poem addressee?

Second point: note the constant anthropomorphism and anthropocentrism to which Cole must retire when dealing with any non-human subject in Nothing to Declare. Instead of writing-through or openly struggling with gender designation in “The Bee,” his speaker resorts to the politically correct, clownish ‘pointing’ that is ‘he/she’; in “Mother and Child,” his speaker ‘bow[s] [his] head’ in pale reference to the Jesus-scene, and the birth of a foal or calf can only recall ‘defeated armies,’ ‘fleeing slaves’ and ‘refugees’; in “Dog and Master,” the speaker assumes his role as beneficent, dumb custodian-Daddy, where the ermine ‘huddled in [his] arms [. . .] forgets his untamable nature.’ No poem, however, shows less wisdom or extra-human reach—the poet’s very job—than the halting pastoral “Self-Portrait with Rifle”:

The deer do not
seem to grieve
because of what
they have lost,
but instead

—one can do little more than snicker at a simile like sauntering cathedrals; and, right on Establishment’s cue, the witness of violence is but shunted into sleepy reference to ‘experience.’

Nothing to Declare  does about as poor a job as possible examining the domestic through poetry’s eye. I found myself saying, over and over, There must be more to poetry than this. Of course there is; and a hearty fear of Establishment’s hand helps us achieve it.